Not Sure About Crowdsourcing? Try Co-creation

It seems many businesses are still reluctant to take advantage of the benefits crowdsourcing has to offer whether the business is an SME or a leading international company. It is perhaps a daunting prospect to entrust a task to a limitless faceless crowd, even through a specialised platform. Maybe it is the thought of wading through large amounts of submissions to find the right one that causes one to groan with disdain. Crowdsourcing is not for everyone yet in this current economic climate it is important to stay one step ahead of the competition, especially if their competitive edge relies on crowdsourcing. Co-creation is an off-shoot of crowdsourcing that has grown exponentially within a relatively short time and could provide the alternative for the less adventurous with all the benefits. 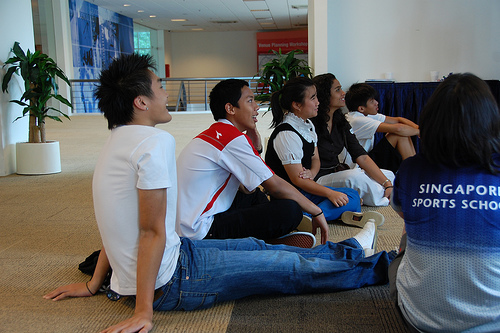 Co-creation, like crowdsourcing, relies on collaboration for ideas and information from a crowd. The crucial difference however is in the size of the crowd. Instead of putting a call to an open forum or a specialised platform seeking the resources of many, the task/conundrum is placed before a smaller specialised crowd. You could call it a form of focused crowdsourcing in which the individuals of this "focus group" have skills and knowledge that are dependent on the needs of the client. For example, a car manufacturer looking for a new design of vehicle or update of an existing model, instead of using the crowd, would present the instructions to a specialised group of engineers, mechanics, and designers. The group works together and present a single idea to the client, rather than the client sifting through many ideas.
So is there much of a difference between co-creation and crowdsourcing? In some ways there is very little difference as they both operate on the concept of consulting the wisdom of the crowd. The principle difference is that co-creation encourages more collaboration between the members of the specialised crowd. Co-creation also allows the crowd to think more outside the box thus fostering innovation. It is still as cost effective as crowdsourcing and in fact provides a level of accountability as well as focus. There are many service providers working with leading brand names including eYeka who has worked with Coca Cola and Unilever, and Infosys currently in partnership with Volkswagen and recently Nike.

This is probably the difference that crowdsourcing does not quite achieve, the ability to work with a specialised group, capture the ideas of the many and work with them through different steps to ultimately create a better experience for the consumer. Crowdsourcing focuses on quantity and results in incremental changes, co-creation focuses on quality and produces innovative solutions. - Scott Teng, Regional Collaborative Planner for eYeka

Such is the increasing popularity of this crowdsourcing spin off that there is even a Co-creation  Association. The association's goal is to promote the use of co-creation, and even recognises organisations that best incorporate it into their organisation with the annual Co-creation Awards.    So if you're not certain about crowdsourcing then maybe co-creation is the way forward, with a more focussed and innovative approach.