Having launched just over a year ago, Empahs.is, a crowdfunding platform that helps fund projects geared towards journalism and photojournalism, is already looking to venture into another enterprise. In response to various photographers, having difficulty seeing their work published, Emphas.is has entered into the foray of photo book publishing.
In order to facilitate this expansion, the platform's founders  Karim Ben Khelifa and Tina Ahrens have appointed Walter Tjantelé as the firm's new Publishing Director. Tjantelé has been approached by many top photographers with high quality work, and despite editors expressing an interest in seeing them published, reported none would actually commit to the idea. Some have even expressed interest in self publishing and with costs to be raised via Emphas.is. This gave Tjantelé the idea to bring crowdfunding to photo book publishing with a twist. 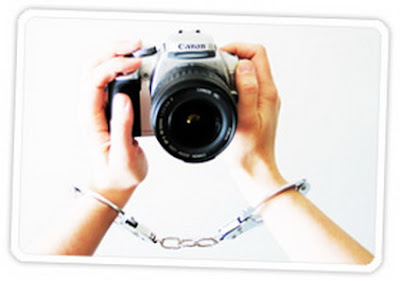 The concept will involve funders purchasing limited edition copies of the book, for around $100 to $150. The books will be signed, numbered and accompanied with a print. The books will form part of a compilation under the Emphas.is collection and will distinctively be marked as such, with authors having free reign over content. A further 1000 books will then be sold through the platform under the collection banner.
Currently Emphas.is has around 10 to 12 projects in the pipeline and three are ready for launch and includes Peter Dench's renowned collection UK Uncensored. Dench is one of the UK's most prominent young photographers having worked on numerous assignments in over 50 countries around the world. His project is a funny yet honest portrayal of the UK in the 21st century, and was exhibited Visa pour L'Image festival of photojournalism and the Perscopio festival of photojournalism in 2011.

Working with Emphas.is as a fundraising platform seems sensible, it's quick, exciting, it gets people involved and if not enough of them want the book to exist, it won't. - Peter Dench

Dench has chosen this approach to self publishing as like so many other photographers encountered difficulty with convincing editors to back the project, coupled with the limited contacts and time consuming endeavours of publishing. The reputation of Emphas.is for successfully helping projects get funded together with the principles of its latest venture attracted Dench and is hoping to raise $12,000 in two months and is already half way there. For more information visit the project's funding page.