By now Gazette readers and UK television viewers are fully aware of Durex's latest product campaign in which everyone is asked "How in-sync are you?" The campaign is geared to promoting the Performax Intense, a new condom designed to enhance the enjoyment of sex by helping partners remain better in-sync with one another. To mark its arrival, Durex are holding a launch party at one of Soho, London's exclusive venues and are offering you the chance to win tickets to the event. 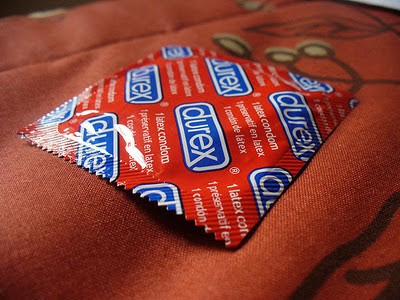 Durex have always embraced crowdsourcing and social media as part of their marketing campaigns with great success, and with their latest venture are bringing game playing into the fore. Those who have seen the television ads will know that it features two turntables playing "Let's Get it On" by Marvin Gaye but at different speeds, when adjusted using a cross fader, it plays the song at the correct pace, in-sync. The public are then invited to visit the Durex UK Facebook page to play the Durex In Sync game in which a number of songs are played at varying speeds and the player has to achieve the same result.
Those who visit the Facebook page and participate in the game will also be in with the chance to win tickets to the Performax Intense VIP Launch Party to be held at the exclusive London Soho club,The Box on 28th February 2012.  The party will be a glamorous and uninhibited celebration of the launching of Performax Intense, a night that "promises to be lusty, mysterious and one you will never forget." Guests will be treated to an assortment of signature Durex cocktails as well as a performance by The Box - Theatre of Varieties, and headlining the event a titanic sound clash between Radio 1 DJs Annie Mac and Scott Mills.
So if you fancy an unforgettable night of decadence and debauchery at one of the most hard to get into venues in London, then click here to visit the Durex UK Facebook page. You have to "like" the page to participate, then simply play the game and then submit your scores into the competition.
Image Credit; HI Rorro
Posted by Ramon Youseph at 06:01