Success for the Manchester Crowdfunding Workshop

The Crowfunding Workshop held in Manchester on February 2nd 2012 was organised by Anne Strachan to fully inform and arm delegates from a variety of sectors about the rise of crowdfunding in the UK as an alternative source of funding projects.  Primarily the focus of the workshop was to explore how crowdfunding could benefit the third sector. Of the twenty plus delegates only three (including me - ed), fully understood what crowdfunding entailed. The remaining delegates, only heard of it in passing but wanted to know more, and Anne's workshop took on the challenge of providing those answers to a sold out gathering. 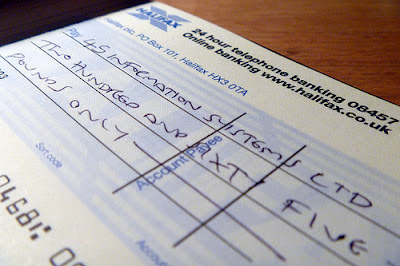 Anne Strachan has worked for over 20 years as a trainer and fundraiser within the third sector. At a time when she has seen the effects of government austerity measures, Anne has become passionate about crowdfunding and the potential it has to offer, which she conveys through her own website CrowdfundUK . It's goal is to "promote crowdfunding to build community and raise funds for social enterprises, charities, creative organisations and community groups". The workshop, possibly the first of many, was designed as an extension of this goal.

Through a series of slide show presentations, Q&A sessions, group exercises, and videos, Anne covered every aspect of crowdfunding starting with the overall principle to the intricacies of the all important pitch. There were the usual practical considerations such as choosing the right platform (as some tend to specialise) and preparation. In calculating the budget, it was stressed that all costs must be factored in such as the percentage taken by the platform as well as the cost of the rewards offered to investors. When preparing the pitch many fundamental aspects were considered in detail including;

Crowdfunding provides a means of raising funds at a time when the recession is hitting us all. It's increasing popularity is evident when you consider that "crowdfunding" attracted over 50,000 hits through search engines. Anne was adamant however that crowdfunding was more than just about the money, but as a means of allowing people to participate, have shared ownership and build something they care about.

There was no doubt, Anne's workshop was a success, and much ground was covered. By the end of the day, there was much excitement abound and those with little or no knowledge of crowdfunding, already had ideas as to how they could use it for their organisation. The session was fun filled and informative, even for the Gazette, which gained a perspective not easily sought from the comfort of a laptop.