Crowdfunding for The Suspended Coffee App

Who would have thought that you could perform a good deed for the day by simply ordering a cup of coffee? What started off in Naples, Italy has become a global goodwill initiative thanks to the advent of social media, with thousands of people ordering their coffee with one to be "suspended" for someone in greater need. Now organisers behind the movement have turned to the crowdfunding platform AppsFunder to raise the necessary funds that would enable the development of a Suspended Coffees mobile app. 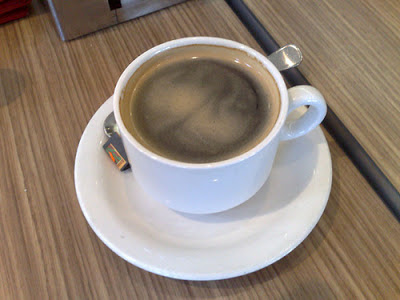 Originating from Naples where it has been age old tradition, the principle of the suspended coffee is simple. When ordering a hot beverage a customer can also ask for a coffee to be suspended. Essentially it is an equivalent beverage, usually a coffee, that is "banked" and offered to those in need. Should someone who is homeless or has simply fallen on hard times ask for a suspended coffee, is any are available, they will be given to the recipient for no charge. From Naples the idea moved to Bulgaria where it was thought to have support from over 150 cafes. Through social media the idea grew exponentially mainly due to a Facebook page set up by 28 year old plumber from Cork, John Sweeney. The Suspended Coffee page has over 80,000 likes and businesses from all over the world have subscribed to the initiative proudly displaying their support using the leaflet available to download. It has also become the driving force behind raising awareness all over the world for both customers and businesses alike.
As the major chains such as Starbucks and Costa are currently looking into the possibility of implementing the scheme in their stores, the initiative is looking to encapsulate the suspended coffee experience for mobile devices. The aim is to create an app that will enable users to easily locate nearby coffee shops that subscribe to the scheme. Users will also be able to purchase and request suspended coffees online and leave comments. The sum of $8,000 is needed to design the user interface as well as develop and test the finished app, which is being sought through AppFunders. In exchange for their donation funders will principally be rewarded with a series of mentions and thank you's on the Suspended Coffees website and Facebook page. However, the greater the donation the warmer the gratitude.

Suspended Coffees has just under 80 days to raise the necessary funds and to date it has raised $1,025 of the target with support from 37 backers. Whilst overall there is still some way to reaching $8,000 the project is already half way to reaching the target of $2,000 needed for design of the interface alone. For more information about the project and to pledge your support visit the AppsFunder project page.