After a successful kick-ass debut last year the "Fighting Spirit Film Festival" returns for another celebration of the best martial arts has to offer. This year the event will be held on 16th September at the Boleyn Cinema in East London for which the organisers are using crowdfunding to ensure a fun filled action packed festival.

Launched in September 2016 the Fighting Spirit Film Festival promised to showcase the best talent in martial arts performance and film making. Held at Cineworld multiplex @ The O2 the festival featured 12 screenings of short action films and documentaries showcasing some of martial arts' finest talents in front of and behind the camera. Throughout the day the festival also featured live performances and demonstrations from top clubs and dojos around the country. The festival also screened three classic and contemporary feature length martial arts films for all ages; the Jackie Chan epic "Drunken Master", "Kung-Fu Panda 3", and" Ip Man 3".

This year, the festival once again is working in partnership with marketing and management agency Fighters Inc. and publication CombatandStrength.com, for an even bigger event featuring 22 short films this time, as well as more live martial arts performances and demonstrations. The festival will also include three feature films two of which have been announced and centre on the rise of the underdog. First up, and in tribute to the late John G Avildsen, there will be a screening of the 1984 classic "Karate Kid" starring Ralph Macchio and Noriyuki "Pat" Morita. Also screening will the Shaw Brothers classic which is the ultimate underdog story that features a multitude of intense training scene - Lau Kar-Leung's "36th Chamber of Shaolin" starring Gordon Liu.
The festival certainly promises to be a larger event and to make it happen the organisers are running a crowdfunding campaign for £1,500 through Indigogo. The sum will cover the costs such as venue hire, film fees and promotional materials. In return for their pledges, supporters will receive a variety of rewards including short film compendiums, free day passes, film location visits and a chance to meet the film makers, even a chance to sit on the judging panel as one of the events patrons. To date the campaign has raised around 30% of funds with fifteen days left to reach their target. 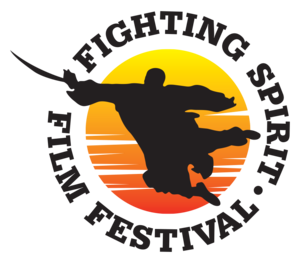 Fighting Spirit might seem like a low key event but the brains behind it have big goals and the means to make this more than just a film festival but an event for martial arts communities the world over. In creating this global community Fighting Spirit looks to become THE event to feature in the martial arts calendar. For more information and to make a donation click here to visit the campaign's Indigogo funding page.

Through martial arts cinema we aim to entertain and inspire people, promote martial arts culture, and support those who have chosen it as a career. - Soo Cole, Director and Co-Founder Fighting Spirit Film Festival